A Officer of the Uttar Pradesh Food Safety and Drug Administration based in Barabanki ordered tests on a dozen samples of Nestle’s Maggi instant noodles at the state laboratory in Gorakhpur, and repeat tests at the Central Food Laboratory in Kolkata, a referral lab. The Gorakhpur lab tested for monosodium glutamate (MSG) to check the claim of Nestle that Maggi had none. Both tests found MSG; in addition, the Kolkata lab found “very high quantities” of lead — 17.2 parts per million. Based on the findings, UP FDA filed a complaint in a Barabanki court. Food Minister Ram Vilas Paswan directed the statutory regulator, Food Safety and Standards Authority of India (FSSAI), to conduct nationwide tests on Maggi.

WHY DO NOODLES HAVE MONOSODIUM GLUTAMATE AND LEAD?

MSG stimulates the nervous system and makes food appear tastier. It is widely used in “Indian Chinese” food. The US FDA says MSG is “generally recognized as safe”, the same as salt, pepper, vinegar and baking powder. Glutamate is present in many natural foods including tomato, mushroom, fungi and cheese. In extreme cases, MSG may cause some reactions in the body; however, researchers have found no definitive evidence of a link between MSG and these symptoms. The time and frequency of exposure has a bearing too. Even if a product is satisfying MSG limits, and one is consuming it in large quantities or very frequently, it may be harmful.

WHAT DOES NESTLE SAY?

Nestle India said that they do not add MSG to Maggi noodles sold in India. However, they use hydrolysed groundnut protein, onion powder and wheat flour to make Maggi noodles sold in India, which all contain glutamate. They believe that the authorities’ tests may have detected glutamate, which occurs naturally in many foods. FSSAI-approved testing methods for MSG only test for glutamic acid, which is a component of several foods, including hydrolised vegetable proteins. Tests in India are not as sensitive as those in developed countries, where individual sources of every component can be identified. Nestle India has also said that it regularly monitors for lead, including testing by accredited laboratories. All the results of these internal and external tests show that lead levels are well within the limits specified by food regulations and that Maggi noodles are safe to eat.

MAGGI GONE AND BACK

On 5 June 2015, Food Safety and Standards Authority of India (FSSAI) ordered a recall of all nine approved variants of Maggi instant noodles and oats masala noodles from India, suggesting them unsafe and hazardous for human consumption.[On 6 June 2015 the Central Government of India banned nationwide sale of Maggi noodles for an indefinite period. Nepal indefinitely banned Maggi over concerns about lead levels in the product. Maggi noodles then had been withdrawn in five African nations- Kenya, Uganda, Tanzania, Rwanda and South Sudan by a super-market chain after a complaint by the Consumer Federation of Kenya. In August, tests performed by the US health regulator FDA showed no dangerous lead levels in the products.[ On 13 August 2015, the nationwide ban was struck down by the Bombay high court. The court stated that proper procedure was not followed in issuing the ban and called into question the test results, as the samples were not tested at authorized laboratories accredited to the National Accreditation Board for Testing and Calibration Laboratories (NABL). Five months after it was banned due to alleged presence of excessive lead content, Nestle India re-launched its popular Maggi noodles brand in India in tie-up with e-commerce site Snapdeal. The company is presently manufacturing Maggi noodles at three locations – Nanjangud (Karnataka), Moga (Punjab) and Bicholim (Goa). Nestle India said all samples of Maggi Noodles Masala have been cleared by three National Accreditation Board for Testing and Calibration Laboratories-accredited labs as mandated by the Bombay High Court.

After so much of controversy and losing faith in consumers, maggi returned with a bang. Snapdeal sold 60000 maggi kits in five minutes.

THE REDNESS OF THE FLOWERS

FALLING AS A SOOTHING SHOWER

GIVE MY EYES A SOFTENING CALMNESS……………….

WEARING THE COLORS OF MAJESTIC SPIRIT

ALWAYS FLAMING,CREATING AND IN MAKING…………..

sometimes knowing deep inside that i am walking on a dark road,i fool myself explaining to my heart that a ray will come after a while,sometimes knowing that it wont, still having a tiny hope ,what if the ray come……….

WANT TO HOLD
AND REST MY MIND
WATCHING THINGS
PASSING BY

THE FIRE NOW KEPT,SAFE IN CORE
AWAY FROM THE WIND,
STOPPING BY AND WANT TO MAKE
MEMORIES SOME MORE

NOW I START
ON THE ROADS AGAIN
AS MY SOLE DREAM
IS MY SALVATION.

My great friend ashish has invited me for this quote challenge.i am glad that he chose me among so many.Thank u ashish for that.He is a great creator.He writes very well.

This is the first day of the challenge. Here are the rules.

WHEN ONE DOOR OF HAPPINESS CLOSES,ANOTHER OPENS,BUT OFTEN WE LOOK SO LONG AT THE CLOSED DOOR THAT WE DO NOT SEE THE ONE THAT HAS BEEN OPENED FOR US. (ME)

My nomination for day 2 challenge are:

I AM WAITING TO READ YOUR QUOTES……..

my great friend ashish has invited me for this quote challenge.i am glad that he chose me among so many.thank u ashish for that.he is a great creator.he writes very well.

This is the first day of the challenge. Here are the rules.

MY SIGHT IS MY SIGHT,THE WORLD IS MY PRODUCT AS THE WORLD IS ONLY A MENTAL IMPRINT OF MIND !!
-ME(NEHA)

My nomination for day 1 challenge are:

I AM WAITING TO READ YOUR QUOTES……..

A VERY HAPPY INDEPENDENCE  DAYTO ALL MY LOVELY FRIENDS

I THOUGHT
YOU WERE THERE
BUT YOU
NEVER WERE

I COULD NOT SEE THROUGH
THE HEART OPAQUE
BOUNDED BY LOVE
MY MISTAKE.

little me,with a tiny pony tail
back loaded with a little bag
water bottle hanging over my neck
school starts

ringed by trees,a small hut
was my first classroom
filled with pictures of
cartoon,fruits and flowers.

days passed,love grew
the hut became a more home
no worries,free me
just growing and grasping.

as i jumped
classes after classes
i developed some tiny crushes
now i smile
on all those jams
my puppy love and
spots of soft.

exam,results,scolds and lauds
the only worry
was to gain marks.

little me,grew and thrived
last day of the school
now arrived.
teary eyes of my friends
grieved faces of my teachers
we all promised to boost and achieve.

lifetime friends,loving teachers
i was just blessed enough
my school was best enough

atlast,everything has a end
good or bad
i miss my school
from the core of my heart. 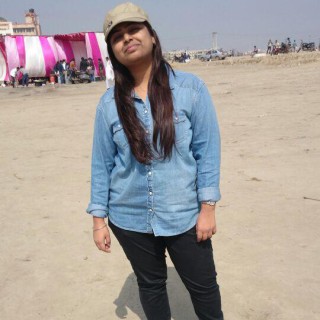 a simple living creature,adjustable(libran),sometimes confused and annoyed,very happy at moments,always looking for inspiring words,want to inspire people for every hidden dream